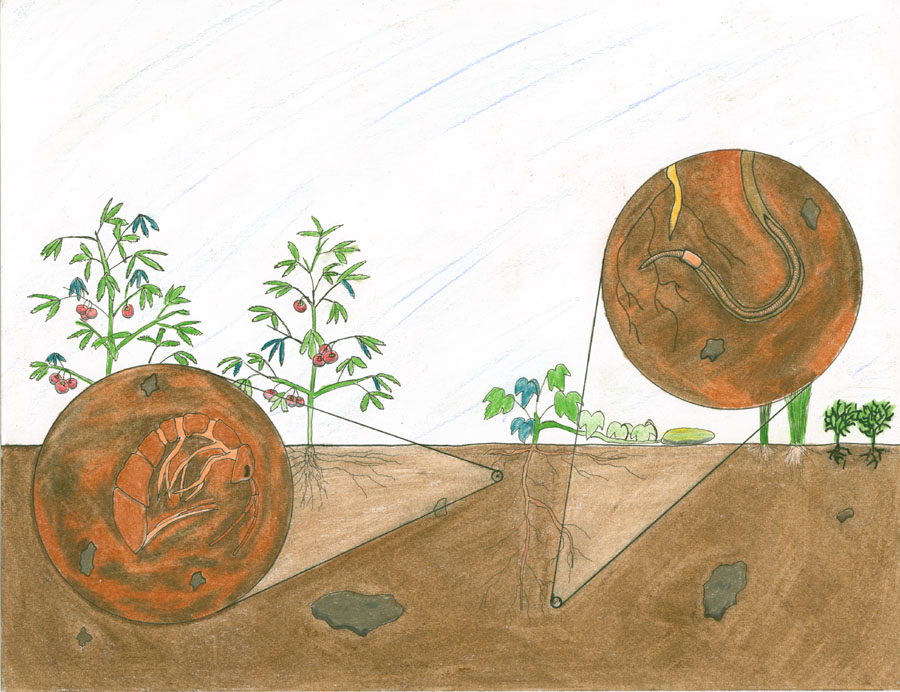 A well-tended garden is a microcosm of the environment.  Healty soil is the result of the actions of many organisms, besides the human gardener.  Springtails, nearly microscopic arthropods related to insects, are vital in converting organic material into soil.  In a healthy garden, there may be over 100,000 springtails in each cubic yard of earth.  Any place that has soil is likely to have springtails.  In fact, it is estimated that the springtail is the most populous animal on the planet, outnumbering even the ants and nematodes.


Earthworms serve a similar purpose, consuming and converting larger bits of organic material into rich soil.  Earthworms are also responsible for much of the soil turnover that occurs throughout the year.  Earthworms are also amazingly populous.  When Charles Darwin studied them, he estimated that an acre of normal soil could contail 53,000 worms.  However, recent research indicates that healthy farm soil could contain over 1.75 million worms.  This means that on the average farm, the worms outweigh the livestock!


Of course, many people spray insecticides on thier gardens, to control unwanted pests. This also greatly reduces the populations of these vital animals, and forces the gardener  to spend even more money on soil amendments to replace what the worms and springtails would have added.  Sometimes I think we are a bit too civilized...

Back to Walt's illustration page